Who we are, where we came from, and how we give back

In 1963, a man by the name of Martin Olson bought the land where Olde Mistick Village currently resides. He originally planned to build a mall on the land, known then as Perkin’s Farm. Edward Malley Company of New Haven, CT advised him not to pursue the mall construction because the local population was not sufficient enough to support it.

Martin’s twin son and daughter, Jerry and Joyce Olson, decided to build a 1720-style Colonial village with a Meeting House, inspired after Peddlers Village in Pennsylvania. Joyce managed the property while Jerry headed the construction, which began in 1972.

From the very beginning, the Village’s design had a specific vision. Jerry ensured the layout of the Village, replete with a town green, a duck pond, birdhouses and a gazebo, was “intentional to the last detail.” The walking paths and trees were thoroughly thought out, and no two buildings were made to look the same.

The Village finally opened on September 11, 1973. Over 400 people attended its opening ceremony in front of the Meeting House, which was dedicated to Martin and Julie Olson.

Nearly 50 years later, the Olde Mistick Village has since grown significantly. Local residents and visitors from all over the world come to enjoy everything the Village has to offer. From its humble family beginnings, the beloved community of shops and restaurants has continued to operate out of love, from the Olson family to yours.

We hope that all who stroll the walks of the Village will become as personally attached to its atmosphere as we are in creating it.— Joyce Olson Resnikoff

History Of The Village

Nearly 50 years ago, Olde Mistick Village welcomed visitors to their community of family owned shops for the first time. While many things have changed over the years, the Village’s dedication to providing a safe environment for family fun has never waivered. 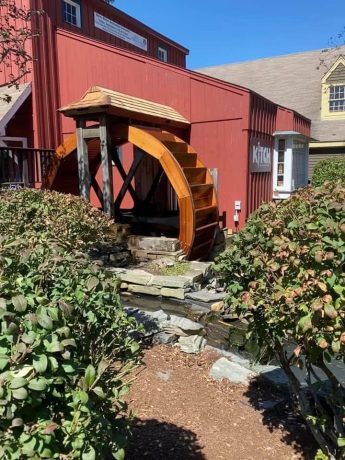 In celebration of the Village’s 47th anniversary, owners dedicated the new waterwheel to the 9/11 first responders as well as front-line workers of the current COVID-19 pandemic. 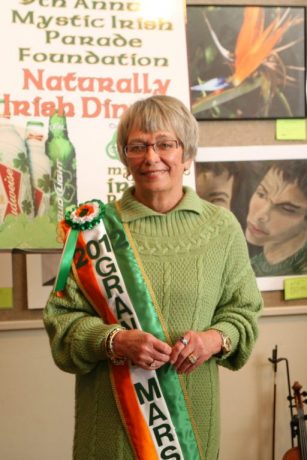 For her dedication to the Mystic community, Joyce Olsen Resinikoff was honored as grand marshall of the 2012 Mystic Irish Parade. 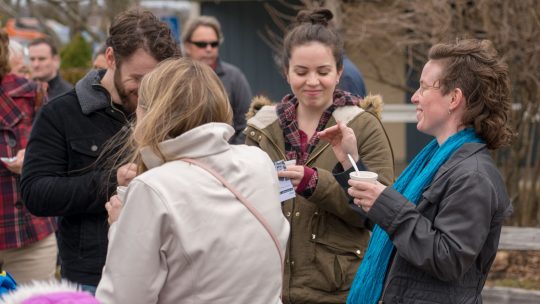 Joyce and Jerry’s strong passion for family and community has made Olde Mistick Village considerably more than just a shopping center. In 2003, the Village hosted its first annual Cabin Fever Festival and Charity Chowder Cook Off. Over the years this event has livened up our community after many cold New England winters and raised funds for many local charities. 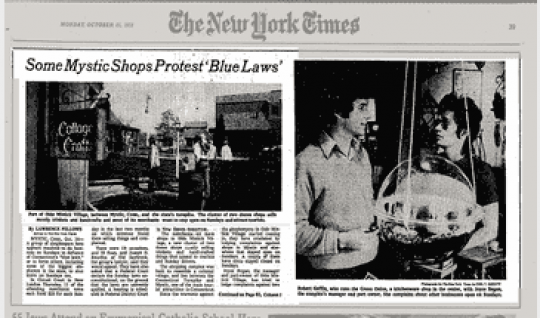 Joyce Olsen Resnikoff has long been a strong advocate for her shop owners and the ever growing tourism industry in Mystic. In 1973, Resnikoff took a stand when she felt the “Blue Laws” were being selectively applied to small businesses such as her tenants, lodging formal complaints against industries who were permitted to work. Joyce’s strong voice and leadership has spearheaded the continuous growth of the Mystic tourism industry. 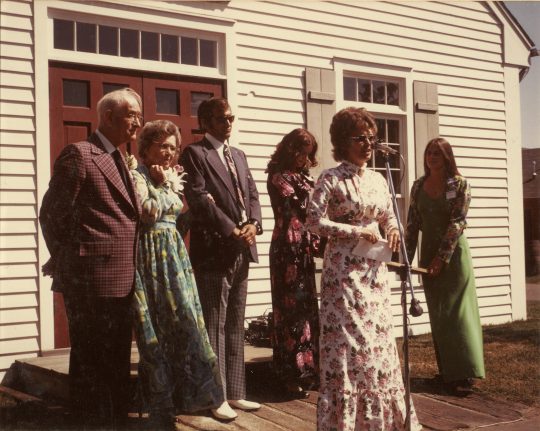 The Village officially opened. Over 400 people attended its opening ceremony in front of the Meeting House, which was dedicated to Martin and Julie Olson. The Toy Soldier, a shop still open today, was the very first store to open in the Village. 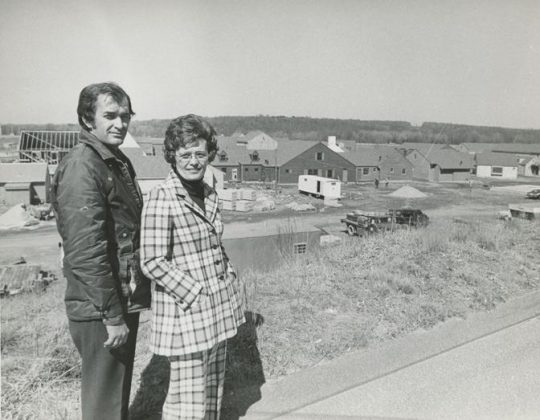 Martin’s twin son and daughter, Jerry and Joyce Olson, decided to build a 1720-style Colonial village with a Meeting House, inspired after Peddlers Village in Pennsylvania. Joyce managed the property while Jerry headed the construction. 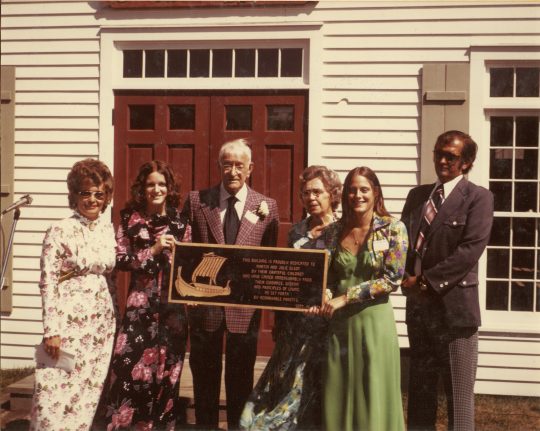